Bordered by Colombia to the north, Peru to the east and south and the Pacific Ocean to the west, Ecuador is the smallest country in the Andean region. Despite this it covers a wide range of geographical features from the coastal plains to the peaks of the Andes, the rainforest of the Amazon and the Galápagos Islands made famous by Charles Darwin. Its capital city sits at 2,850 meters above sea level on the slopes of an active volcano. It’s the highest capital city in the world and was one of the first to be named as a World Cultural Heritage Site by UNESCO due to its large and well preserved historic center.

One of the main attractions of Ecuador is its rich biodiversity with thousands of species of plants, insects and animals and hundreds of thousands of tourists visit Ecuador every year, predominantly to visit the Galápagos Islands. Other places of interest to nature lovers are the city of Baños de Agua Santa and the Cotopaxi National Park. Baños de Agua Santa is a city known as the “Gateway to the Amazon” and is surrounded by a number of beautiful waterfalls. It is also a great place for adventure sports such as kayaking, rafting, canyoning and bridge jumping. The country also has several coastal resorts where you can enjoy surfing, sunsets and more.

In Ecuador, the main centers for TEFL employment are the large cities of Quito, Guayaquil and Cuenca but that is not to say jobs can’t be found elsewhere in the country. English students in Ecuador tend to be either university students or business professionals. Ecuador is also a great place from which to start your job hunt in the wider South American region. 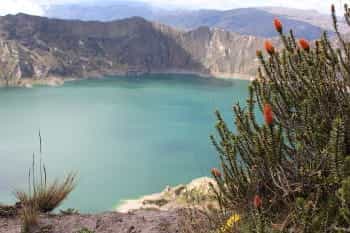 ITTT’s TEFL training center in Ecuador is located in the city of Loja, the capital of Loja Province in the south of the country. The city has numerous attractions including Spanish colonial buildings like the Church of San Sebastian, the Puerta de la Ciudad and the Cathedral. The city is also a center of art and culture in Ecuador and you can see numerous examples of public artwork displayed throughout the city including frescoes, large tile murals and statues. The city has a thriving music scene with many music and salsa clubs not to mention people singing throughout the streets. There are a number of public parks, the most notable being Jipiro Park, where you can enjoy different activities such as boating and cycling.


Our offers onOnline Courses
Choose the right online TESOL course to suit your needs from our unique range of options. Each one can be completed from home at any pace you prefer!
more info
550-hr diploma course:
(TEFL/TESOL Certificate & Diploma-Young
Learners & Business +
Practicum) US$999

TEFL & TESOL E-BOOK
Purchase your course before the end of the month and receive our e-book on TEFL / TESOL, including essential information on jobs and teaching abroad.

Telephone Enquiries &Regional Offices
All telephone calls will be routed to our sales team. If you have already signed up or are already an ITTT student, please do not use the phone numbers below as the sales team will not be able to help you or re-route you to the tech / admin department.

For telephone enquiries from:

Request aCall Back
If you have any questions that are not covered on our FAQ page we will be happy to give you a call. Simply fill out the contact form and we will get back to you at the time of your choice!

Request a call back
Call us

Login to your ITTT Online Course:

Request a call back

Do you want to be contacted to receive more information? Fill out the form, a member of our staff will contact you by phone.

Please note that all specified times are GMT. (London Timezone)

All compulsory fields must be completed!